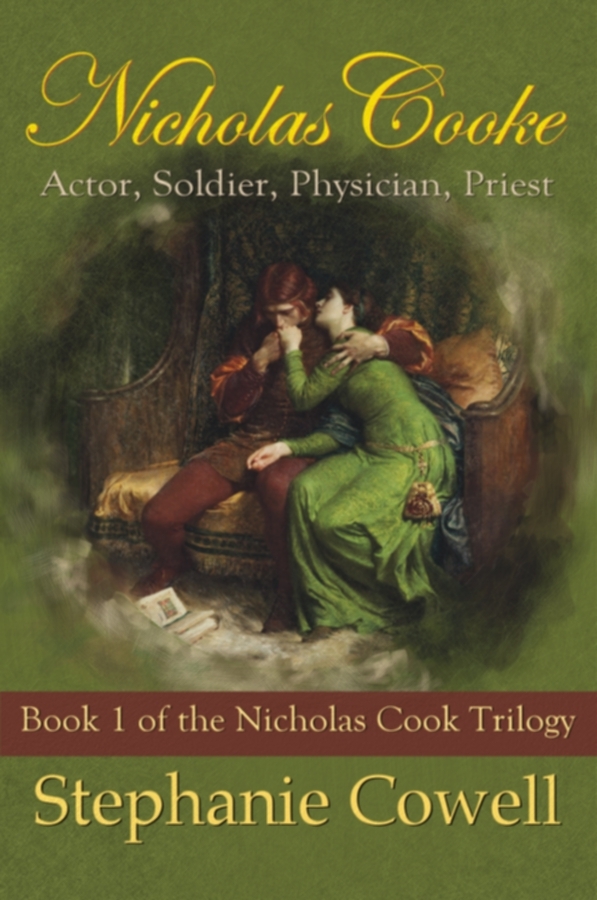 NICHOLAS COOKE tells the story of a hotheaded, brilliant young man who becomes an actor with the Shakespeare theater troupe in 1593. Though constantly in trouble, he passionately wants to be a priest,an astronomer and a physician. THE PHYSICIAN OF LONDON continues his story in his middle years when as a royalist under Charles I, he finds himself involved in the English Civil War. The third book of the trilogy, IN THE CHAMBERS OF THE KING, is presently in revision; in it, Nicholas returns to Puritan England as an old man to try to bring back the King and the world he has lost.

The first two volumes were published by W.W. Norton; the first was a History Book Club choice and the second was a recipient of an American Book Award.

“An exquisitely drawn portrait of a robust age and a complex man at war with himself. Highly recommended.” —Library Journal

“First-novelist Cowell vividly captures the earthily lyrical language and harsh social reality of Elizabethan England in an outstanding historical drama. The golden age of English theater comes to life in [her] vigorous prose, as does her turbulent, conflicted protagonist.” Publisher’s Weekly (starred)

“The splendor and squalor of Elizabethan England come sharply into focus in this saga of a talented, troubled actor's search for himself: a first from Renaissance specialist Cowell. A delight to read.... Cowell’s debut is a moving picaresque – as well as a detailed portrait of Shakespearean England. ” —Kirkus Review (starred)

“Fascinating - Cowell has created a historical world so immediate, so palpable, that Cooke's existence within it seems entirely real. Even more, she has created an immensely moving story about one man's search for knowledge and for grace. “ Chicago Tribune

“Anglophiles, particularly those with a passion for the Elizabethan era, will relish this detail-rich, fictional account of Nicholas Cooke, a poor, orphaned boy who runs away from Canterbury to seek his fortune in London.” – People

“Nicholas Cooke is as charming a character as ever graced the pages of a novel. From the brilliant first lines to the compelling end, the reader is thoroughly engaged by Nicholas’s story…Brilliant, roguish, bawdy, and utterly delightful.” – Madeleine L’Engle

“Nicholas Cooke is a stunning evocation of a golden age and some of its giant. I read it with deep admiration.” Frederic Buechner