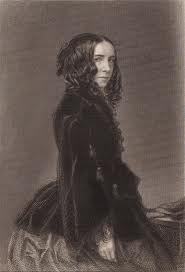 Elizabeth Barrett Browning
Oh snow will come! I remember climbing over the great heaps of it last year!

I have finished my novel THE BROWNINGS and have just sent it to my agent...and after much discussion, praise, and thoughts, it's felt I should revise some more. So you can't pre-order yet on Amazon or reserve it at your favorite bookshop. Back to the computer!

To let you know, THE BROWNINGS is the story of the lovely, extraordinarily gifted poet Elizabeth Barrett who in 1845 had not left her father's London house for five years after much serious illness and family tragedy. Into her life came the handsome rising poet Robert Browning, several years younger than she, who fell madly in love with her. She was ill and near forty and secretly wrote the famous Sonnets from the Portuguese for him. But she did dare risk everything she had ever known and leave her family who were so dependent on her for this risky love? Suppose he was not what he seemed? And how could she tell her father who she had promised never to leave?

The book has already been 2 years and four months in creation as I sought to shape a dramatic narrative from a few thousand pages of poetry and hundreds and hundreds of letters. It seems the creation will take now a bit longer! Novels are all different. Marrying Mozart took nine months to write during a period of a full-time job and family illness. Claude and Camille took five years when the household was well! One never knows!

I love the perspective you took with their famous love story which encompasses more than Elizabeth's escape from her house on Wimpole Street, dramatized in the play. Seeing THE BROWNINGS as a couple should be fascinating. I'll be one of the first to preorder a copy at Amazon.

I am so very glad to hear your good news! I look forward to reading your new novel, and, as always, appreciate your kindness and good advice!